Our home planet Earth is a rocky, terrestrial planet. It has a solid and active surface with mountains, valleys, canyons, plains and so much more. Earth is special because it is an ocean planet. Water covers 70% of Earth's surface.


Explore Earth! Click and drag to rotate the planet. Scroll or pinch to zoom in and out. Credit: NASA Visualization Technology Applications and Development (VTAD)

Our atmosphere is made mostly of nitrogen and has plenty of oxygen for us to breathe. The atmosphere also protects us from incoming meteoroids, most of which break up in our atmosphere before they can strike the surface as meteorites.

Since we live here, you might think we know all there is to know about Earth. Not at all, actually! We have a lot we can learn about our home planet. Right now, there are many satellites orbiting Earth taking pictures and measurements. This is how we can learn more about weather, oceans, soil, climate change, and many other important topics. 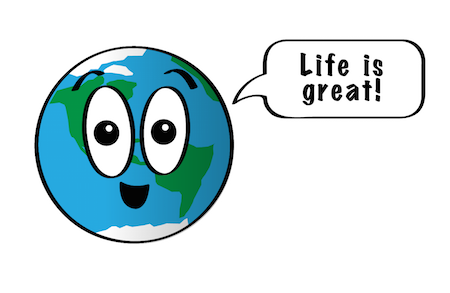 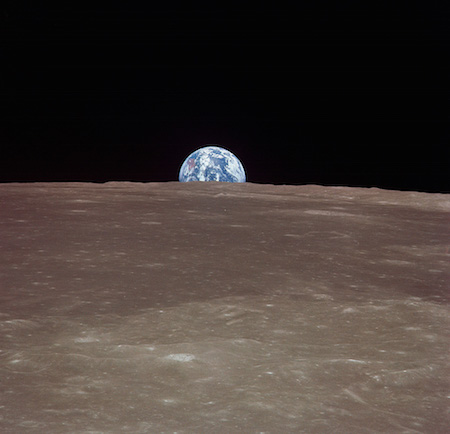 This Apollo 11 picture taken by an astronaut in 1969 shows the Earth rising over the Moon. Doesn't it look small? 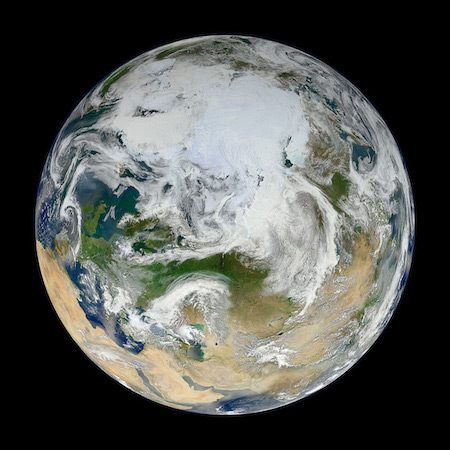 This is a view of Earth looking just at the northern portion. 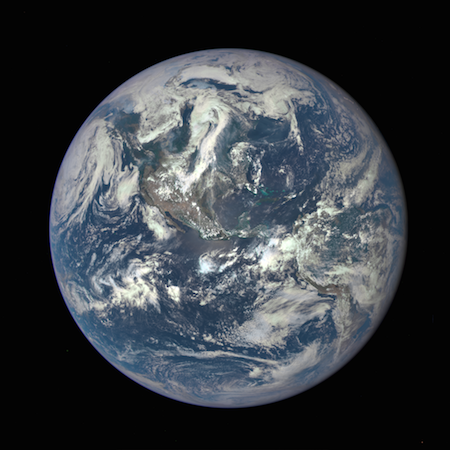 A NASA camera on the Deep Space Climate Observatory satellite took this picture of the entire sunlit side of Earth from one million miles away.

What Is a Barycenter?
More Less
More Less