Even though Venus isn't the closest planet to the Sun, it is still the hottest. It has a thick atmosphere full of the greenhouse gas carbon dioxide and clouds made of sulfuric acid. The gas traps heat and keeps Venus toasty warm. In fact, it's so hot on Venus, metals like lead would be puddles of melted liquid.


Explore Venus! Click and drag to rotate the planet. Scroll or pinch to zoom in and out. Credit: NASA Visualization Technology Applications and Development (VTAD)

Venus looks like a very active planet. It has mountains and volcanoes. Venus is similar in size to Earth. Earth is just a little bit bigger.

Venus is unusual because it spins the opposite direction of Earth and most other planets. And its rotation is very slow. It takes about 243 Earth days to spin around just once. Because it's so close to the Sun, a year goes by fast. It takes 225 Earth days for Venus to go all the way around the Sun. That means that a day on Venus is a little longer than a year on Venus. 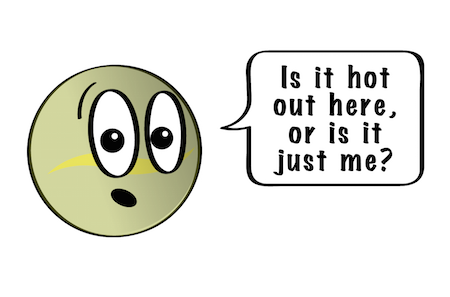 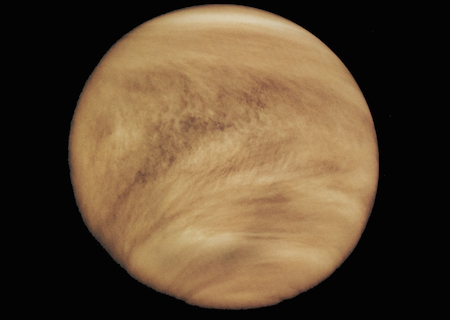 Here you can see the clouds covering Venus. 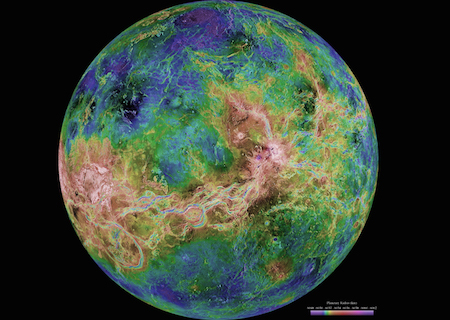 This is a combination of images taken by the Magellan spacecraft. The colors have been altered so you can see all the differences in Venus's surface. Magellan used radar to get information about the surface of Venus, which we can't normally see because of the thick, cloudy atmosphere. 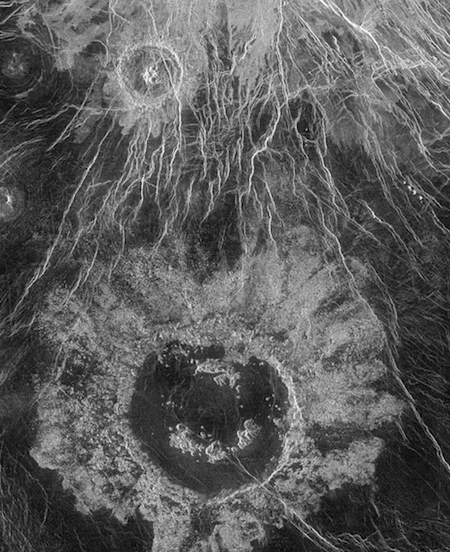