Neptune is dark, cold, and very windy. It's the last of the planets in our solar system. It's more than 30 times as far from the sun as Earth is. Neptune is very similar to Uranus. It's made of a thick fog of water, ammonia, and methane over an Earth-sized solid center. Its atmosphere is made of hydrogen, helium, and methane. The methane gives Neptune the same blue color as Uranus. Neptune has six rings, but they're very hard to see.


Explore Neptune! Click and drag to rotate the planet. Scroll or pinch to zoom in and out. Credit: NASA Visualization Technology Applications and Development (VTAD) 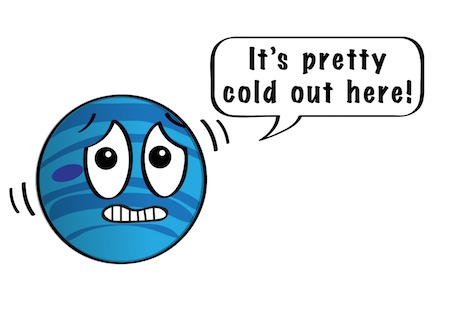 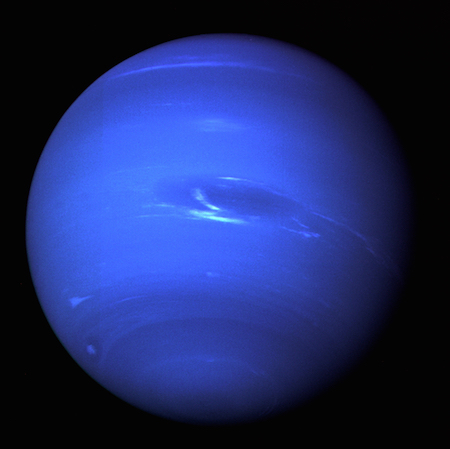 Voyager 2 took this picture of Neptune in 1989. 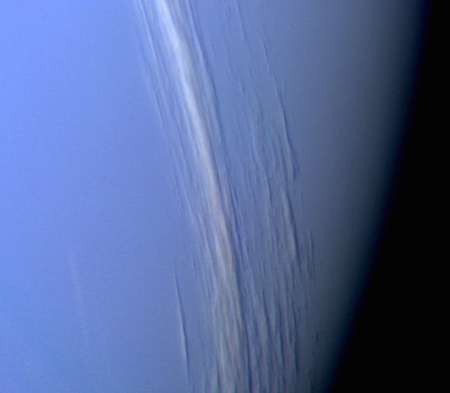 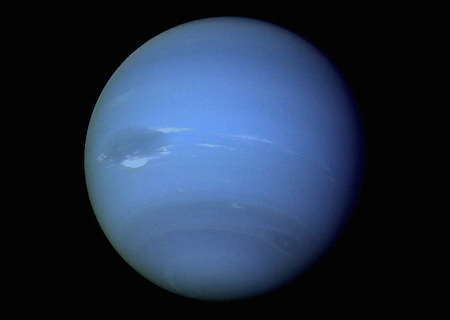