What Is a Leap Year?

The Short Answer:
It takes approximately 365.25 days for Earth to orbit the Sun — a solar year. We usually round the days in a calendar year to 365. To make up for the missing partial day, we add one day to our calendar approximately every four years. That is a leap year.

In an ordinary year, if you were to count all the days in a calendar from January to December, you’d count 365 days. But approximately every four years, February has 29 days instead of 28. So, there are 366 days in the year. This is called a leap year. 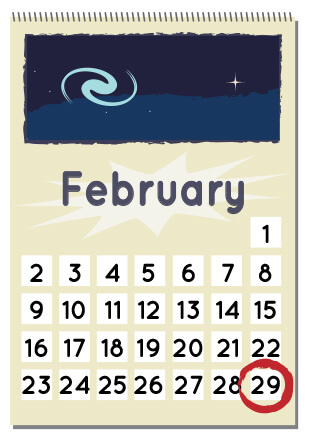 Why do we have leap years?

Because of that, most years, we round the days in a year down to 365. However, that leftover piece of a day doesn’t disappear. To make sure we count that extra part of a day, we add one day to the calendar approximately every four years. Here’s a table to show how it works:


Are leap years really that important?

Leap years are important so that our calendar year matches the solar year — the amount of time it takes for Earth to make a trip around the Sun. Subtracting 5 hours, 46 minutes and 48 seconds off of a year maybe doesn’t seem like a big deal. But, if you keep subtracting almost 6 hours every year for many years, things can really get messed up.

For example, say that July is a warm, summer month where you live. If we never had leap years, all those missing hours would add up into days, weeks and even months. Eventually, in a few hundred years, July would actually take place in the cold winter months! 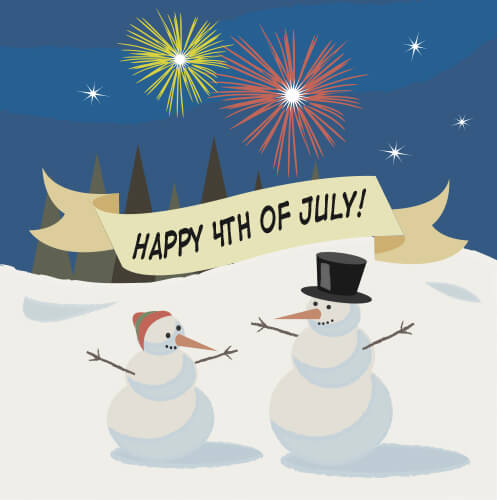 Do other planets have leap years?

Yes! Leap years happen because a planet’s orbit around the Sun (year) and rotation on its axis (day) are not perfectly in line. This is true of almost every other planet in our solar system.

Mars, for example, has more leap years than regular years! A year on Mars is 668 sols, or Martian days. However, it takes 668.6 sols for Mars to go around the Sun. So, you would sometimes have to add a sol to help the calendar catch up. In a 10 year period, four of the years would have 668 sols and six of the years would be leap years with 669 sols.

For more information on leap years, visit this NASA page.