Watch this video about other moons in our solar system! Voiceover provided by NASA scientist Dr. Moogega Stricker.

A lot of moons or no moons at all?

We on Earth have just one moon, but some planets have dozens of them. Others don’t have any. Which planets have moons, and which don’t?

Let’s go in order from the Sun.

Up first are Mercury and Venus. Neither of them has a moon.

Because Mercury is so close to the Sun and its gravity, it wouldn’t be able to hold on to its own moon. Any moon would most likely crash into Mercury or maybe go into orbit around the Sun and eventually get pulled into it.

Why Venus doesn’t have a moon is a mystery for scientists to solve. 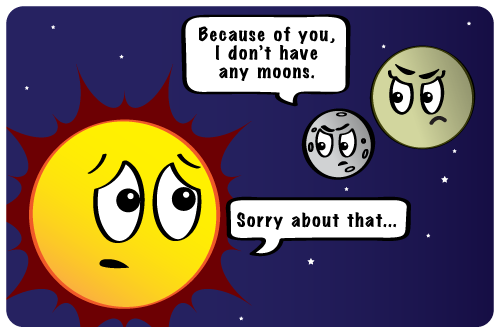 Up next is Earth, and of course we have one moon. 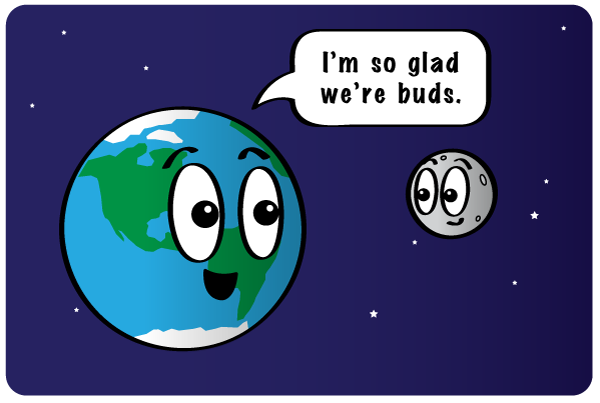 Mars has two moons. Their names are Phobos and Deimos. Don’t you wish our moon had a cool name like that? 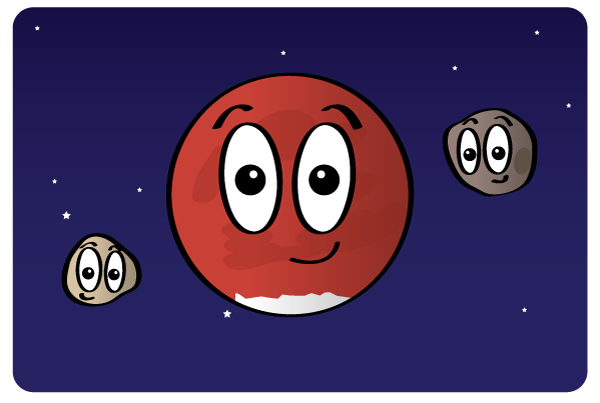 Next are the giant outer planets. They have lots of moons. Jupiter, for instance, has 79 known moons!

The most well-known of Jupiter's moons are Io (pronounced eye-oh), Europa, and Callisto. Jupiter also has the biggest moon in our solar system, Ganymede.

These moons are so big you can see them with just a pair of binoculars. 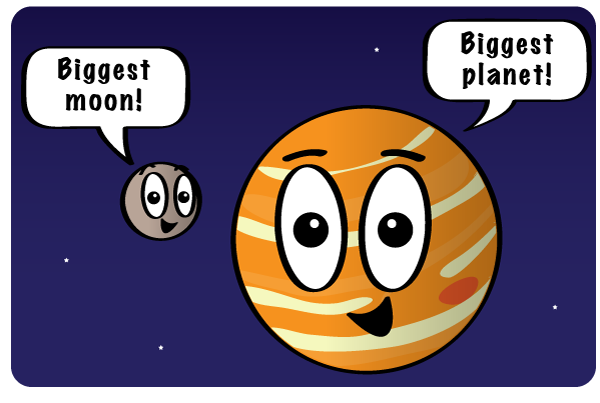 Saturn has 53 moons that have been named. Saturn also has 29 moons awaiting confirmation. They’re unconfirmed because we’re waiting to get more information about them. If all of these moons get confirmed, Saturn will have 82 moons. And that’s not counting Saturn’s beautiful rings.

Saturn’s moons have great names like Mimas, Enceladus, and Tethys. One of these moons, named Titan, even has its own atmosphere, which is very unusual for a moon. 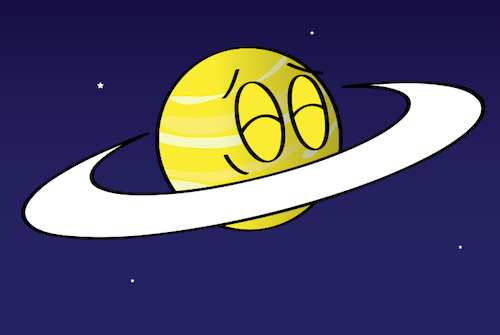 Uranus has 27 moons that we know of. Some of them are half made of ice.

Lastly, Neptune has 14 named moons. One of Neptune's moons, Triton, is as big as dwarf planet Pluto. 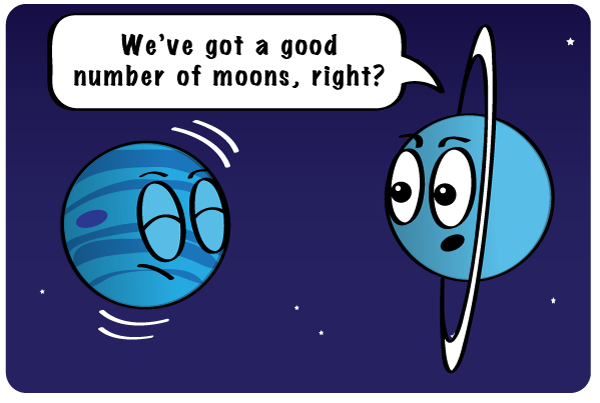 To learn more about the moons in our solar system, visit the NASA Solar System Exploration moons page.

What Is the Weather Like on Other Planets?
More Less
More Less