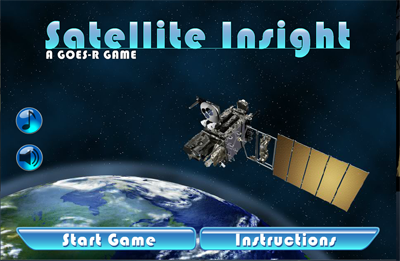 
Data from a fire hose?

No matter how thirsty you are, it’s not easy to drink from a fire hose. But that’s similar to the challenge of capturing and storing the huge blast of images and information that the new GOES-R series of weather satellites will gather.

In the Satellite Insight game, you will have to think and move fast to keep up with the massive flow of different types of data being captured by a GOES-R satellite. 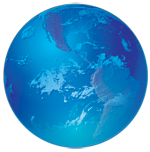 Satellites in geostationary orbit, such as the current GOES and the future GOES-R, are “parked” above the equator. They orbit Earth just once a day. As Earth spins on its axis, a geostationary satellite always “hangs in the sky” over the same spot on Earth.

The GOES-R series of satellites will gather more weather information, in more detail and with greater accuracy than the current GOES. The first GOES-R satellite is planned for launch in October 2016. GOES-R satellites will also monitor the Sun (as do the current GOES) and give better warnings of solar storms that could damage power grids, satellites, and communications systems on Earth. GOES and the new GOES-R are also part of a global search and rescue system.

The GOES-R satellites will gather so much data so fast, that people on the ground who use this information—such as weather forecasters, climate scientists, aviation managers, and all sorts of other planners, managers, and scientists—are building new data processing systems to handle the massive data flow.

Play Satellite Insight and see if you can keep up!