How does NASA talk to its faraway spacecraft? With the big antenna dishes of the Deep Space Network (DSN)!

In this game you’ll use these big antennas to send information to — and receive information from — NASA’s robotic explorers in the solar system and beyond. Scientists call this process “uplinking” and “downlinking.” An antenna "uplinks" instructions to a spacecraft and "downlinks" the spacecraft's data and images back to Earth.


How does the DSN work?

In the game — and in real life — the Deep Space Network has three big antenna complexes evenly spaced around the world. There is one in California, one in Spain and one in Australia. That means that as the world turns, at least one antenna complex can always contact the spacecraft no matter where they are in the sky above Earth. 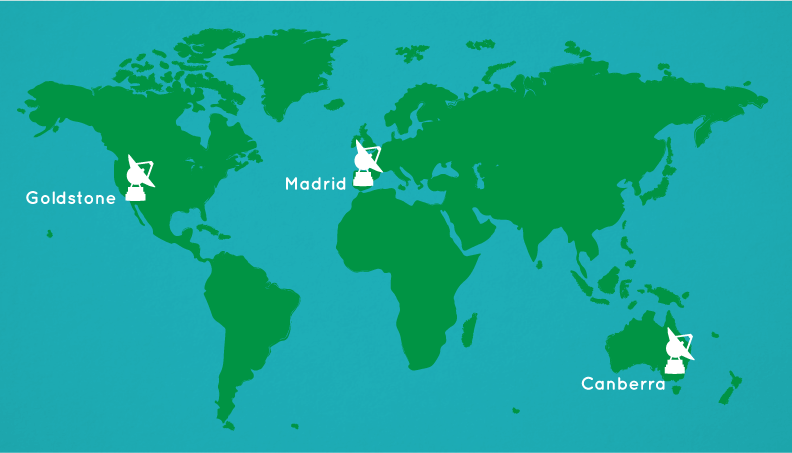 The locations of the three DSN antennas around the world: California, Spain and Australia. Credit: NASA/JPL-Caltech

As Earth turns, the antennas need to rotate and move their large, curved dishes to keep in touch with the spacecraft. What happens when the spacecraft appears to set over the horizon from the antenna’s point of view? The spacecraft’s signal is picked up by another DSN antenna complex on the other side of the world.

Wondering why those big dishes around the antenna are so important? Check out this activity you can do with a friend!

With this design, NASA keeps track of all the information and instructions going to and from its spacecraft. Pretty cool, right?!?

In this video, the developer of DSN Uplink-Downlink teaches you how to play the game!

In this game, you’ll uplink and downlink data with NASA spacecraft. You’ll also have to swivel the big antenna dishes to maintain contact as Earth rotates. Make sure you don’t lose any important data coming down from the spacecraft!

You’ll be gathering data from and sending instructions to these five NASA missions: 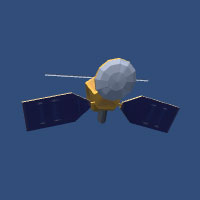 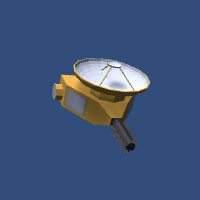 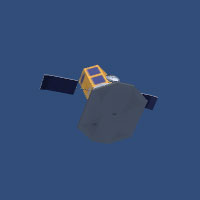 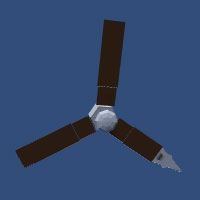 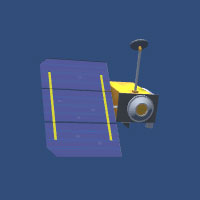 To see real-time data provided by the ground stations of the Deep Space Network check out DSN Now.

How Does NASA Communicate With Spacecraft?