The world got its first glimpse of the far side of Moon in 1959.

The Soviet Union revealed the first photos of the far side of the Moon taken by the Lunik 3 spacecraft.

The planets and moons of our solar system come in a wondrous variety of colors and textures. Some appear white, smooth, and calm; others are splotchy with color and dotted with craters and volcanoes. If this is the variety to be found in our solar system, imagine the strange worlds that must exist around other stars!

In spite of how different they look, the Switch-a-Roo game might make you think the Sun, all the planets, and some of their moons were all the same size. Not true!

Earth seems to us like a pretty big place. Well, Jupiter has 317 times more mass than Earth! Saturn is 95 times as massive as Earth. But even with those giants hogging all that mass, the Sun contains 99.86% of the mass of the entire solar system!

It's a wonder there's any matter at all left over for us! 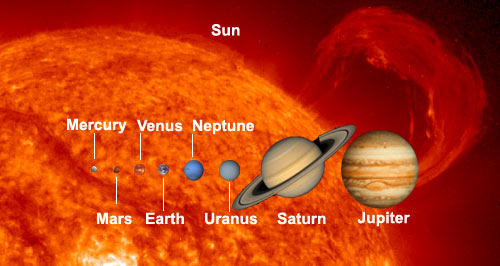 This picture compares the sizes of the Sun and the planets. If Earth were about 2 millimeters across, as it is in this picture, the Sun would be almost 218 millimeters (about 8-1/2 inches) across! 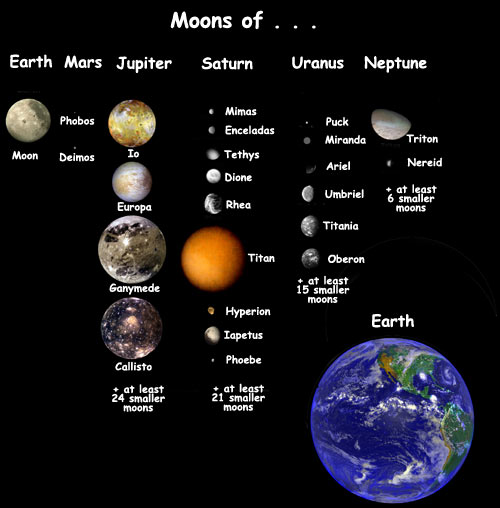 This picture compares the sizes of the moons of the different planets and with Earth.

This guy is all mixed up! Play the game and help him get un-switched.

This guy is all mixed up! Play the game and help him get un-switched.