How Do We Launch Things Into Space?

The Short Answer:
We launch things into space by putting them on rockets with enough fuel — called propellant — to boost them above most of Earth’s atmosphere. Once a rocket reaches the right distance from Earth, it releases the satellite or spacecraft.

Watch this video about how we launch things into space!

We launch satellites and spacecraft into space by putting them on rockets carrying tons of propellants. The propellants give the rocket enough energy to boost away from Earth’s surface. Because of the pull of Earth’s gravity, largest, heaviest spacecraft need the biggest rockets and the most propellent. 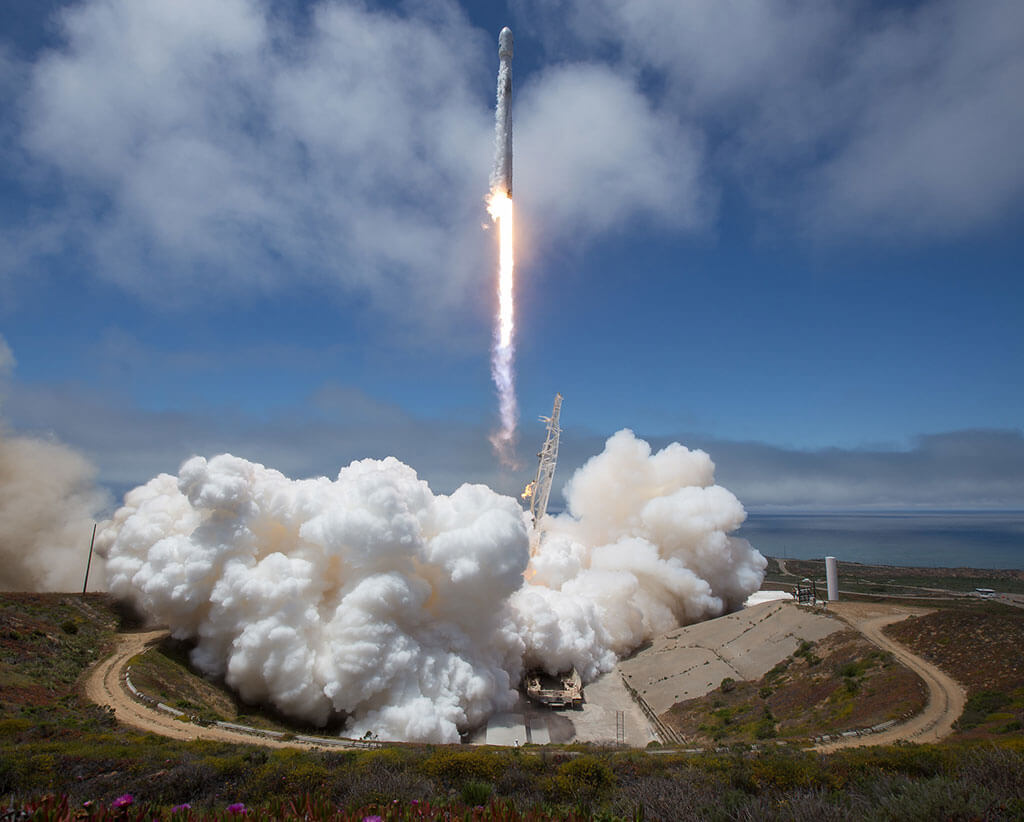 The GRACE Follow-On spacecraft launched into orbit in May 2018. Credit: NASA/Bill Ingalls


How does a rocket lift off?

More than 300 years ago, a scientist named Isaac Newton laid out three basic laws that describe the way things move. One of the laws says that for every action, there is an equal and opposite reaction. This is the most important idea behind how rockets work.

If you see pictures or videos of a launch, you’ll see exhaust streaming out the bottom of the rocket. Exhaust is the flames, hot gases and smoke that come from burning the rocket’s propellants.


Once a rocket launches, will it keep going?

It’s not that simple. Earth’s gravity is still pulling down on the rocket. When a rocket burns propellants and pushes out exhaust, that creates an upward force called thrust. To launch, the rocket needs enough propellants so that the thrust pushing the rocket up is greater than the force of gravity pulling the rocket down.

A rocket needs to speed up to at least 17,800 miles per hour—and fly above most of the atmosphere, in a curved path around Earth. This ensures that it won’t be pulled back down to the ground. But what happens next is different, depending on where you want to go.


How to Orbit Earth:

Let’s say you want to launch a satellite that orbits Earth. The rocket will launch, and when it gets to a specific distance from Earth, it will release the satellite.

The satellite stays in orbit because it still has momentum—energy it picked up from the rocket—pulling it in one direction. Earth’s gravity pulls it in another direction. This balance between gravity and momentum keeps the satellite orbiting around Earth.

Satellites that orbit close to Earth feel a stronger tug of Earth’s gravity. To stay in orbit, they must travel faster than a satellite orbiting farther away.

The International Space Station orbits about 250 miles above the Earth and travels at a speed of about 17,150 miles per hour. Compare that to the Tracking and Data Relay Satellites, which help us get information to and from other NASA missions. These satellites orbit at a height of more than 22,000 miles and travel much slower—about 6,700 miles per hour—to maintain their high orbit.


How to Get to Other Planets:

If you’re trying to get to another planet, you’ll need a fast-moving rocket to overcome Earth’s gravity. To do that, you’d have to speed up to around 25,000 mph. But you’ll also need to figure out the best time to leave Earth to get to that planet.

For example, Mars and Earth reach their closest distance to each other about every two years. This is the best time to go to Mars, since it requires the least amount of propellant and time to get there. But you’ll still need to launch your rocket at the right time to make sure the spacecraft and Mars arrive at the same place at the same time.


Check out this video if you want to learn more about how to get to Mars. Credit: NASA/JPL-Caltech

You’ll also have to carefully plan your travels if you want to travel to the outer solar system. For instance, if you’re sending spacecraft to study Saturn, do you want to encounter Mars and Jupiter on the way there?

Launch a rocket from a spinning planet