Is There Ice on Other Planets? 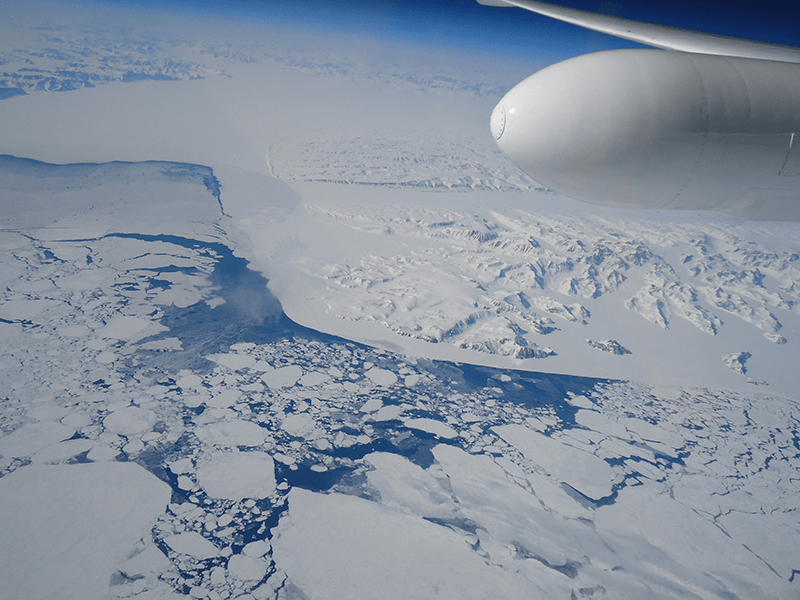 Mercury is the closest planet to the Sun. However, that doesn’t mean it’s too hot to have ice. In fact, Mercury has very deep craters that never see sunlight and are always cold.

NASA's Messenger mission saw bright spots at Mercury's north and south poles. Scientists think the bright spots might actually be water ice that is deep inside craters. This ice may have come to Mercury from comets and meteorites hitting the planet’s surface. 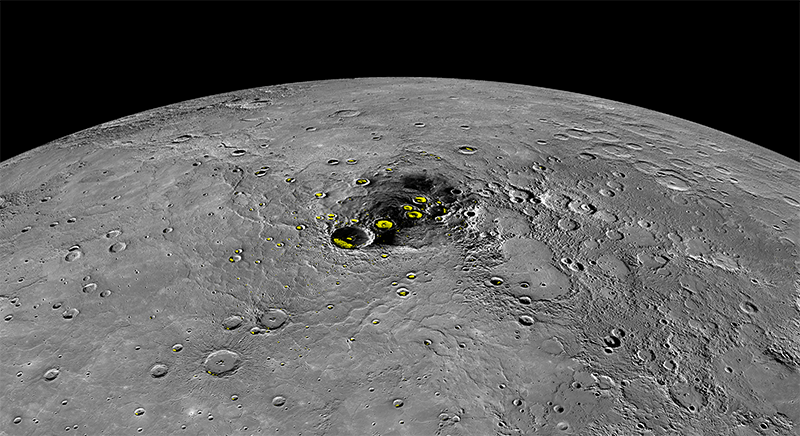 Both poles on Mars have ice caps that grow and shrink with the seasons. These ice caps are made mainly of water ice. During winter near the poles, carbon dioxide in the atmosphere freezes and falls to the surface.

In 2017, NASA's Mars Reconnaissance Orbiter took photos of the sand dunes around Mars' north pole. The slopes of these dunes were covered with carbon dioxide snow and ice—what we’d call “dry ice” here on Earth. 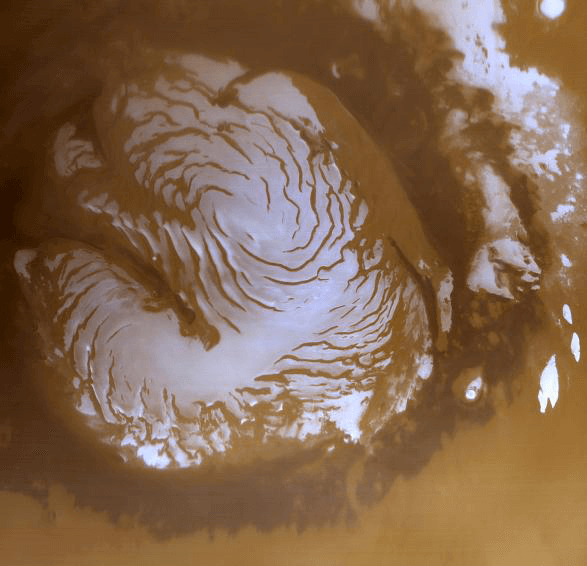 The north polar cap of Mars as seen by the Mars Global Surveyor.
Credit: NASA/JPL/MSSS

Uranus and Neptune both contain chemicals like methane, sulfur and ammonia in their atmospheres. It’s really cold that far away from the Sun. So, these chemicals might be frozen or trapped in crystals of ice. Because of this, Uranus and Neptune are called "ice giants." 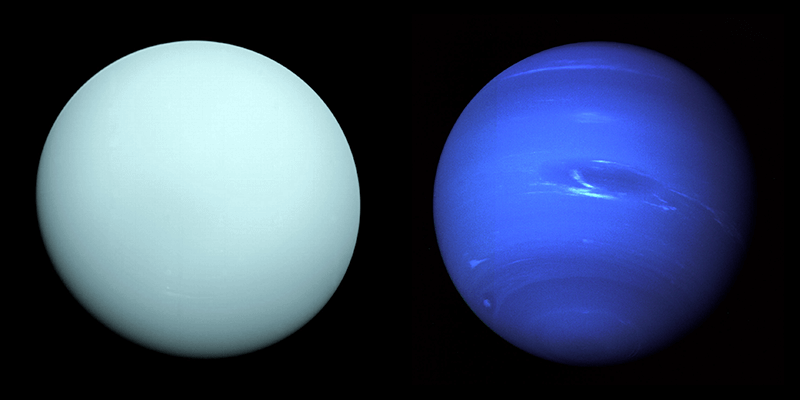 Farther out in our solar system lies the dwarf planet Pluto. The ground on Pluto is actually made up of frozen oxygen and nitrogen. And in 2016, NASA's New Horizons mission discovered a mountain chain on Pluto capped with methane snow and ice. 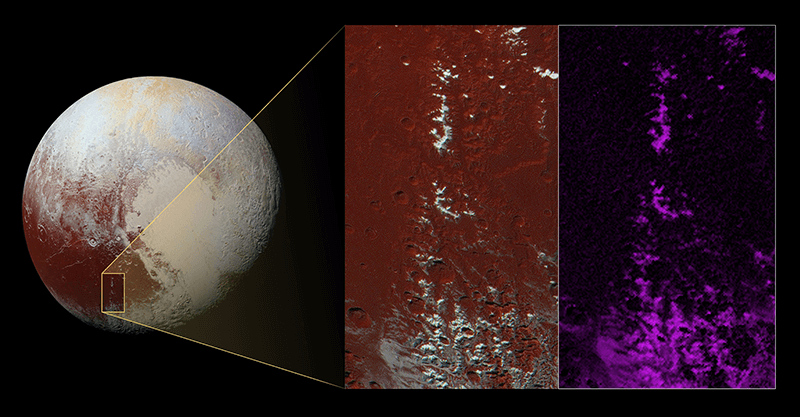 Our own Moon shows evidence of having water ice in deep craters near its south pole. These craters are permanently dark and cold. Several NASA spacecraft, such as the Lunar Reconnaissance Orbiter, have found evidence of water ice. 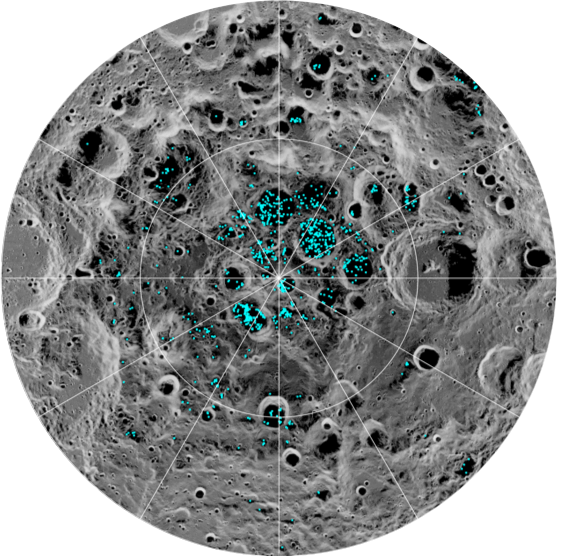 The blue dots on this image show where ice was detected on the Moon’s south pole.
Credit: NASA

Europa is one of Jupiter’s many moons. Scientists think that Europa has a crust of water ice that floats on a saltwater ocean covering the entire moon.

NASA is building a spacecraft to visit Europa, called Europa Clipper, to investigate whether the icy moon could have conditions suitable for life. 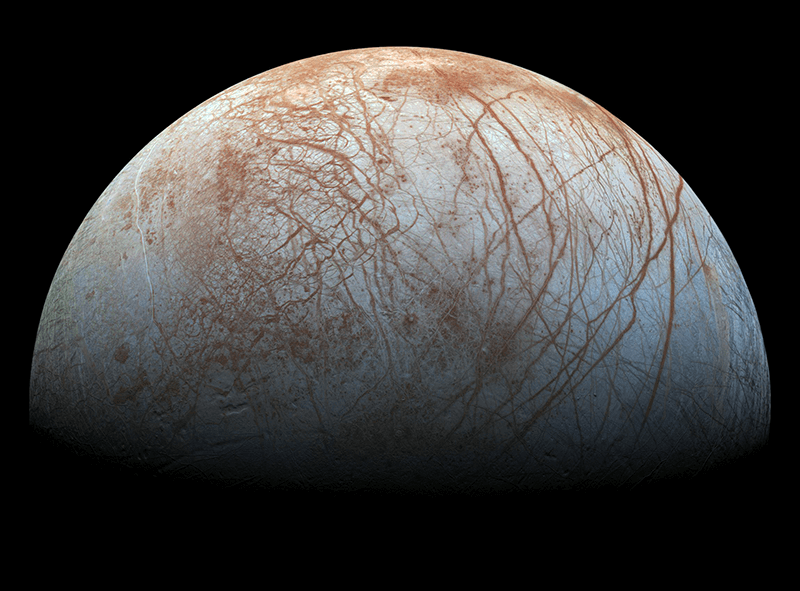 Ganymede is another icy moon of Jupiter. Ganymede is mostly made of water ice, but it also has a rocky core. 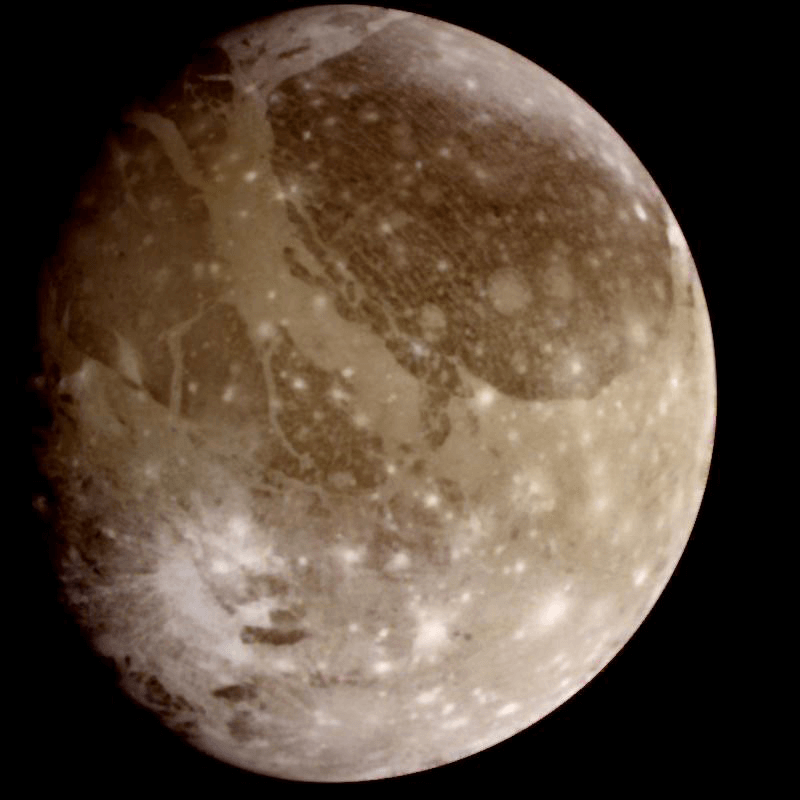 Another of Jupiter's moons, Callisto is made up mainly of rock and water ice. It may also have other ices like ammonia ice and carbon dioxide ice. 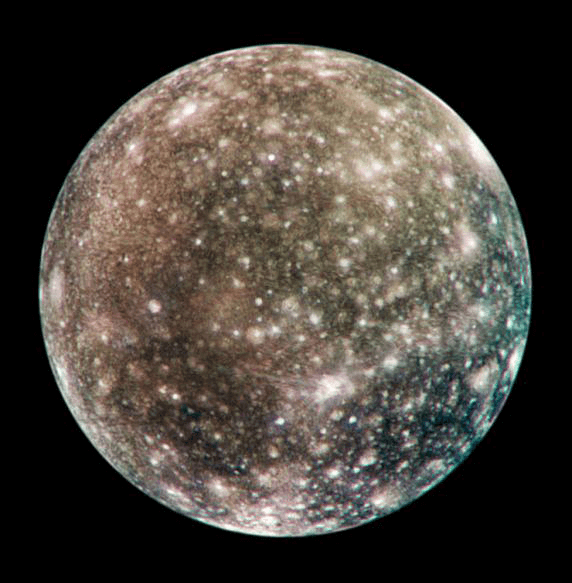 Saturn has more than 60 moons, all mostly made of water ice. Saturn’s moon Enceladus has a water-ice crust over a saltwater ocean. The ocean water on Enceladus sprays into space through cracks in the icy crust. All of this ice makes Enceladus one of the brightest objects in our solar system! 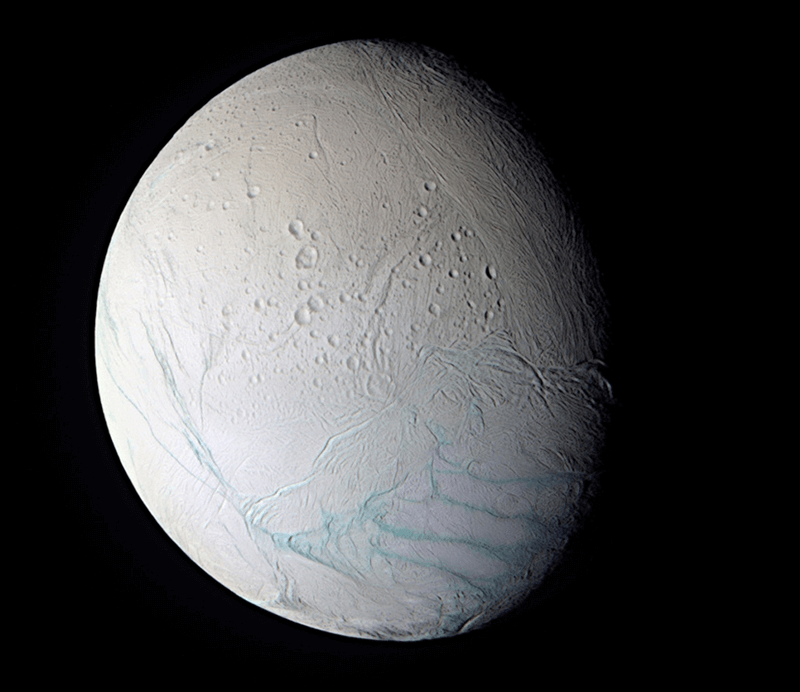 Neptune's largest moon, called Triton, has the coldest surface known in our solar system. As with all of the moons of Uranus and Neptune, it is made of ice and rock. Triton's atmosphere is made up mainly of nitrogen. This nitrogen freezes onto its surface covering Triton with nitrogen ice. Triton also has geysers. On Earth, geysers spray fountains of hot water and steam into the air. On Triton, the geysers erupt with cold liquid nitrogen instead. 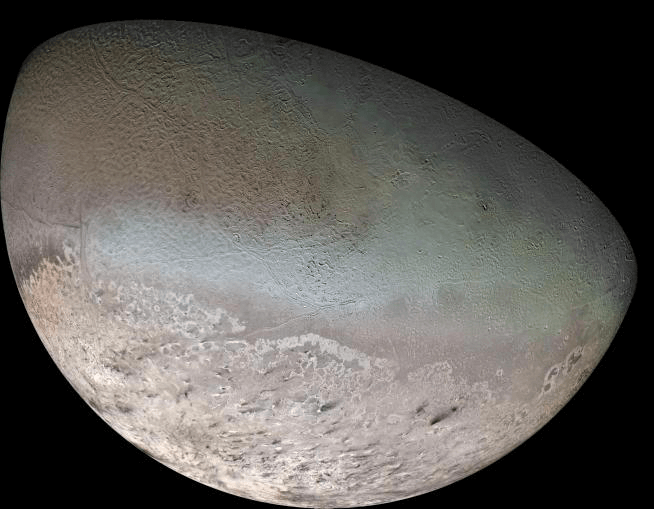