You don't want to be using a GPS when the Sun is angry. My mom was driving me to a noun yesterday, but she had to stop at the noun first. She didn’t know how to get there so she used a GPS. The GPS helps my mom figure out which way to go with the help of satellites in space. Everything was going adverb, the GPS told us to take a right turn on famous person Street and a left turn after the noun, but all of a sudden it stopped working. We ended up at the place! It took us number hours to find our way back to city. It turns out the Sun was to blame. It let out a huge burst of noun that shut down the satellites that my mom’s GPS relied on. If we weren’t careful, we could have ended up in country other than your own. 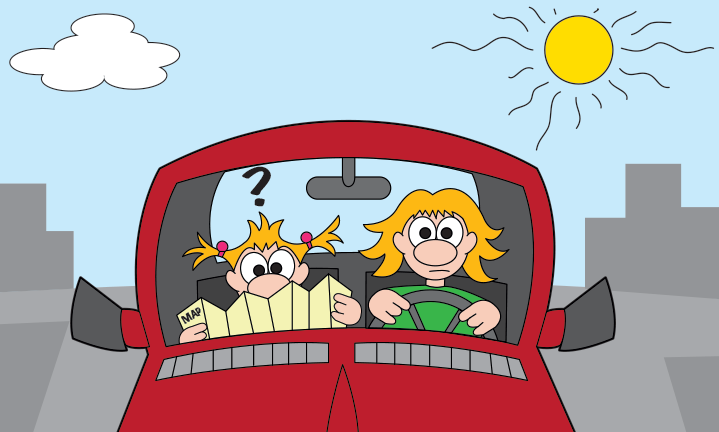 Every so often the Sun releases a burst of extra energy. These explosions are called solar flares or, if they are very large, coronal mass ejections. Solar flares and coronal mass ejections can release charged particles and X-rays toward Earth. While we humans are in no danger of being harmed by this burst of energy, its effects can still be noticed here on Earth. These particles and X-rays can damage satellites and interrupt radio signals, which can cause cell phones and GPS units to malfunction. To prepare for these bursts of solar energy, NASA spaecraft are continually monitoring the Sun’s activity.