I really want to discover a new planet. My planet will be adjective, it will have plural noun, and plural noun and it will even have plural noun. My new planet will be named person and it will have all kinds of alien life on it too. These extraterrestrial creatures will be very adjective, and they will probably look like plural animal. Now the only problem is to find it. I set up my telescope last night and pointed it at a bunch of plural noun. But I couldn’t find anything! Maybe I will have better luck tonight. 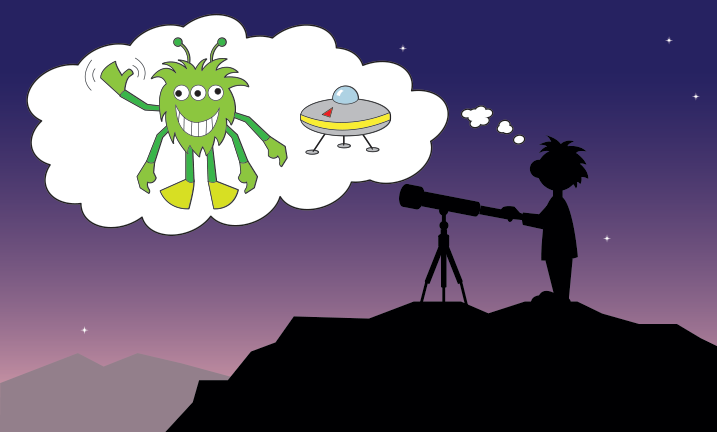 There are many new planets waiting to be discovered in space. These planets are called exoplanets, and so far almost 1000 of them have been discovered. Scientists are always finding new ones. But they are still very hard to find. Scientists must look for clues. One clue is that a star becomes slightly dimmer if a planet passes in front of it. Watching a star’s brightness over time is one way scientists discover exoplanets. Many scientists are interested in figuring out whether some of these planets might harbor life. A planet with liquid water might support life, like Earth does. The planet has to be close enough to its star that the water is not frozen, but far enough away that it does not boil off. NASA has telescopes and spacecraft that can identify the weak dimming of a star caused by an orbiting exoplanet.