I built a spaceship, and I am going to take it to a black hole. The journey will be long and adjective. I am going to need to be careful not to get verb ending in ed into its noun, or else I will never be able to verb. My goal is to adverb orbit around the outside of it. When I look outside my spaceship’s adjective window toward it, I will see absolute darkness. In that area, nothing can escape, not even plural noun! If I get any closer, the gravity would be so adjective that I would be stretched out into a piece of food! 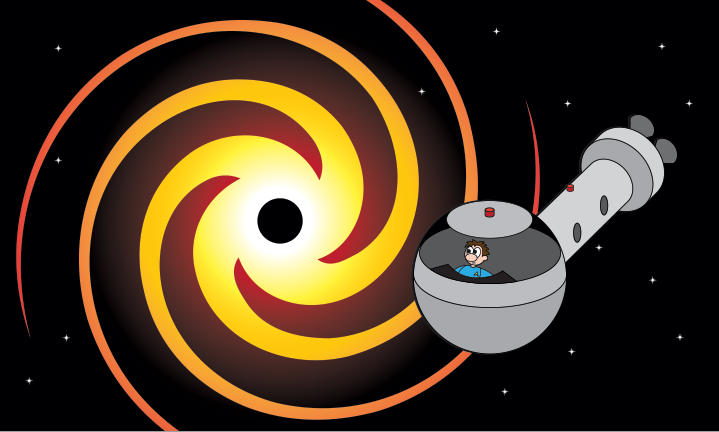 Black holes are the densest things in the universe. That means that they can fit more matter into a given space than anything else. The smallest black holes may cram as much matter as three million Earths into a single tiny point. Some black holes, called supermassive black holes, may have as much matter as 1000 million Suns! The more matter something has, and the closer an object is to that matter, the stronger the gravity. Earth’s gravity is strong enough to keep all of us stuck to the ground. Our Sun’s gravity is strong enough to keep all of the planets in our solar system orbiting around it. But black holes have gravity so strong that anything near them, including light, will get sucked in. This is why black holes are black⎯they have so much gravity that even light cannot escape from them. NASA scientists can study black holes by looking at X-rays emitted by the superheated matter that swirls around them.