Lights in the Night Sky

Last year I traveled so far north, I almost made it to the North Pole. It was so cold that I felt like a frozen food item! I camped in a big noun and made sure to put a lot of noun on the fire to stay warm. One night, I looked up at the adjective night sky and saw bright adjective lights. There were streaks of color and color. It looked like the colors were verb ending in “ing” high in the sky. I thought that I must be verb ending in ing. I found out later that I was looking at the aurora borealis, a/an adjective phenomenon that happens when plural noun from the Sun collide with plural noun in our atmosphere. 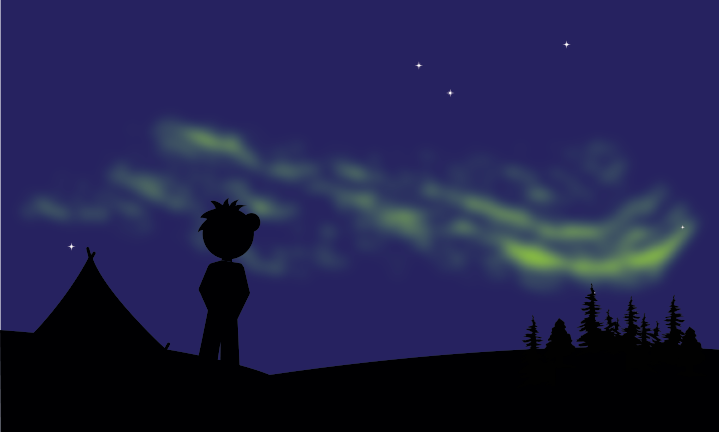 Regions of Earth near the North and South Pole often display bright, colorful lights in their night skies. These are called auroras ⎯ the aurora borealis in the northern hemisphere and the aurora australis in the southern hemisphere. Even though they are seen at night, the Sun is still responsible for these bright lights. The Sun is constantly releasing a stream of charged particles into space. This stream of particles is known as solar wind. In polar regions, Earth’s magnetic field accelerates these charged particles along with particles in Earth’s own magnetosphere. This stream of superfast particles collides with nitrogen and oxygen atoms in the upper atmosphere. When this happens, the atoms become “excited” and emit lights of different colors. While auroras are incredible to see from the ground, astronauts on the International Space Station sometimes get even more magnificent views of them from space when they pass over Earth’s poles.